Stephen Porges, PHD and leader in studying and treating trauma, collected neuroscientific and psychological constructs regarding the role of the vagus nerve in emotion regulation in what he called the Polivagal Theory. One of his affirmations, which I like the most, is: “If you want to improve the world, start by helping people feel safer.”

What a credo for First Responders.

As a front-liner can you recall a moment in your career when you felt truly supported? I have memory of very few moments where I felt very supported. That feeling was perceived by me anytime the helper had a settled nervous system, an empathetic approach to the situation. That was the reason why I felt safe. No matter what the person’s training was: a therapist or a higher rank than me, if they showed empathy I felt supported. What was perceived by me and made me feel safe was “the heart” he/she put into the interaction with me.

There is a name for this: coregulation. It is a warm interaction that provides support in a given moment. There is a beautiful explanation I found in an article from Khiron Trauma Clinic in UK that says “Coregulation lies at the heart of all human relationships. It is the reciprocal sending and receiving of signals of safety. It is not merely the absence of danger but connection between two nervous systems; each nourishing and regulating the other in the process. Because it is baked into our evolutionary past, it is not a desire, but a need – one developed to facilitate survival. As humans, we therefore are programmed to seek interpersonal connection: it is a biological imperative.”

Nowadays, there is an emphasis on resiliency and mastering our self. They talk about self- regulation, which is the act of managing thoughts and feelings, in a way they can enable goal-directed actions.

But it is necessary to have support in self-regulation as it develops and becomes efficient through interaction. Let’s call the helpers caregivers, for some can be parents, some coaches or therapist, some mentors, some their superior. That process of mutual reinforcement allows us not to stay in a defensive state. The established connection helps us to replace that defensive mode with patterns of protection.

And this is my point: we are always in a transition of some kind during our career and in our life. We often walk on some unfamiliar path, the unknown path that makes us feel groundless and disregulated. Because of that our nervous system is not completely settled. Fear and stress during work-shift can boost some old subconscious patterns as hope and anticipation can push us in a direction far away from the present moment and the reality of the facts. These are only some ways our nervous systems can become disorganized.

We need interactions, we need to establish warm, heartfull connections. A good police officer, firefighter, paramedic, and dispatcher needs to be in a state that doesn’t take on their counterpart’s distress and also preserve a space were the other can be at ease in; a place nourished with empathy, where the interaction is based on comprehension and co-regulation support.

It is the same for a good person. Let’s coregulate ourselves for a better world, to help people feel safer and to improve the world. 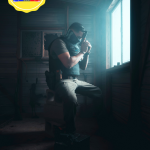 Repeated Traumatic Exposure. What is the price to pay? 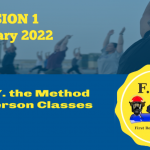 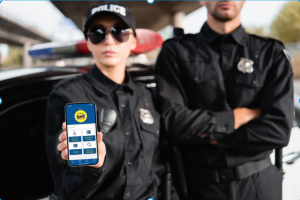 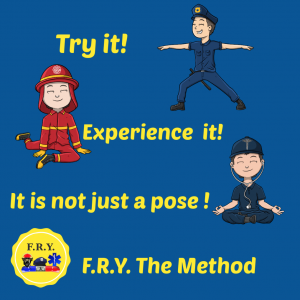 Yoga and science: it is not just a pose!

Are you a First Responder interested in becoming a yoga teacher and leading the
F.R.Y.™ The Method classes to your colleagues?
Please CONTACT US to learn the process.

Are you a yoga teacher? Interested in licensing and teaching the F.R.Y.™ The Method
in your city?
Please CONTACT US.

We will also be hiring more educators to train and lead our specialized workshops.
We look forward to hearing from you.

To create a supportive community for First Responders and to share F.R.Y. The Method, an
equilibrium practice for a better life movement